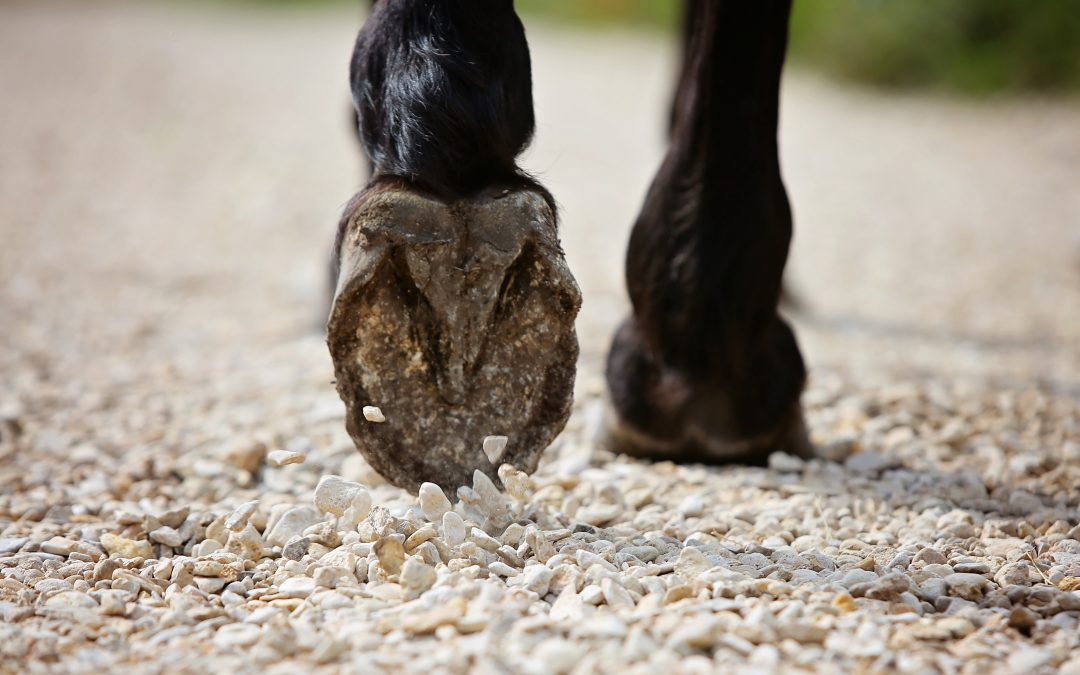 “A Great horse will change your life, but a special one defines it”

A well-known quote in the horsey world and certainly one that applies to my 16.3hh 16 year old event horse, Dash. He has defined every part of my life in the almost decade I’ve owned him, from helping me to fulfil dreams I didn’t even know I had, to being my absolute rock in times of grief and loss. My world revolves around him. And my world came crashing down in April 2017.

Dash had had a great winter of training, was skipping around Novice schooling tracks, had glowing physio reports and we were ready to get out there and chase our Badminton Grassroots dreams. He went out to the first event of the season and did his usual rather exuberant dressage test, but we stayed within the boards and then he was a bit wired SJ and had a few poles where he was just charging more than listening. I didn’t think anything of it as although he usually jumps clear, he can be quite careless when he’s tanking around. Off to the XC and he went around clear as usual and made the time easily. Iced his legs and took him home fairly pleased with the first event of the season.

The next day he was hopping lame. No heat, no swelling, no cuts, nothing to see. We box rested him for a few days, but he was getting worse, so the vet came out. They scanned him straight away, but the tendons were fine. Didn’t seem to be an abscess or anything like that, so we agreed some more box rest. We continued to ice, but Dash was getting worse. So he went into the hospital and after 8 hours of scans, X-rays, the works, we had the awful news that he had most likely damaged his DDFT in the foot as there was absolutely nothing else to be seen. He was so lame the vet advised 9 months box rest and then we would make the call as to whether to PTS. I was beyond heartbroken. Dash was my best friend, my absolute everything. And the worst thing? The vet said he could have just put his hoof down a bit funny, taken one wrong step and that I was not to expect to ride him again. To be honest, I don’t think she even thought he would last the 9 months box rest. 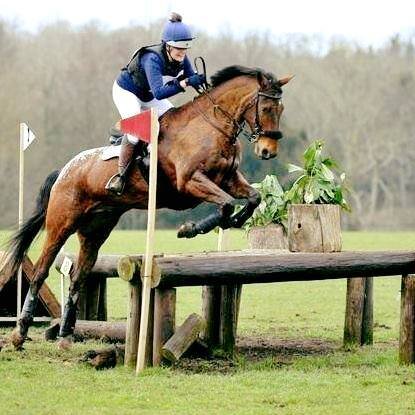 And here is where Krista at From the Ground Up enters the scene. We were horsey Facebook friends, but she was in England and I was in Scotland. Krista reached out to me when she saw my news and she took the time to explain how taking Buddy barefoot had rescued him from a similar fate. No question of mine was too stupid, she listened to the tears, the hysteria and just really explained so clearly why going barefoot was worth a shot as long-term, it might give Dash the best chance of a recovery.

We sent Dash to a rehab yard 200 miles away on Krista’s recommendation as that is how much I trusted her. I needed the vets to agree to this, but they thought barefoot was the absolute wrong thing for Dash and again, my world was crumbling as I felt my only hope was being taken away. Again Krista stepped in and through her connections with the RVC, a phone call was made to my vets and Dash was signed off. He did really well at the rehab yard and I collected him 12 weeks later. 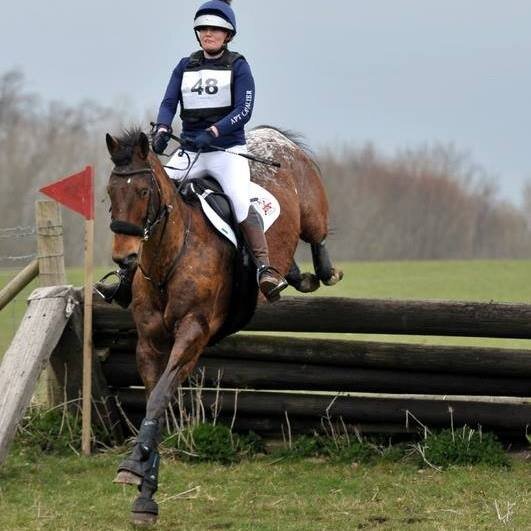 Krista was there for me during the 12 weeks, helping me learn about the importance of diet and movement, reassuring me every step of the way and preparing me for bringing Dash home. The barefoot transition is not an easy one and although Dash had the best of starts, every day is a learning curve and I cannot recommend enough having the support of someone who is very knowledgeable in this sphere. And Krista is one of those people.

She was there to look at photos when I felt Dash wasn’t moving as well. She was there when he had an upset when I wormed him. She was there when liveries were being unkind about my “hippy ways” of keeping a horse. I got through each stage because of her. I am not going to lie: if it weren’t for Krista’s knowledge, time and dedication to us, I would have put shoes back on Dash by now.

By October 2017 Dash was back out doing Intro and Prelim dressage and was on a winning streak! He was so much more relaxed and he felt so different to ride – in a really good way. He felt a lot more balanced and more secure in his movement. We hacked lots and lots and lots much to the shock of our fellow liveries who just assumed he wouldn’t be able to walk on the road surface with no shoes on. We hacked 10 miles for charity, we went for a gallop on the beach and eventually we started jumping again. He was on the best form ever. We schooled around Chilham cross country in the snow and he stormed around a meaty 90cm Hunter Trial at Firle.
We hit a major stumbling block when I was issued an ultimatum at the full livery yard I had Dash on. Put shoes on or leave. As a compromise, and feeling under massive pressure as there were no other yards to go to, I had Dash’s feet trimmed according to “textbook” shape. This was not what Dash needed – they grow the feet they need and we were back at square one with a hopping lame horse. I had to withdraw from our first British Event since going barefoot and I called Krista in tears. I had failed my horse and I couldn’t see anything but blackness. Krista calmed me down, we arranged transport and Krista looked after Dash for several months to allow me to look after my own health. I had given my all to rehabbing Dash and I needed to get myself in a better mindset as well as finding a more supportive yard. Krista did an amazing job as I knew she would. She worked Dash very carefully, keeping me informed of his progress at all times, sending photos and ensuring Dash had the correct diet and trimming. 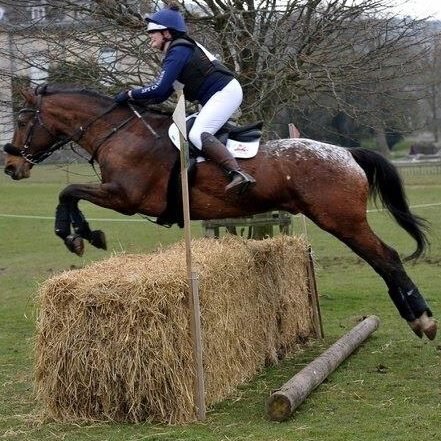 What I liked was that she always consulted me, so I still felt very much part of the process and involved in decision making. Krista very quickly picked up on some straightness issues with Dash and arranged treatment for him. As a result he came back to me stronger, fitter and his hooves had changed shape again as they no longer needed the flare that he had grown previously to compromise for his wonky spine! Apart from the occasional self-inflicted wound in the field, Dash is flying again. We still have those dreams of Badminton Grassroots if he would ever calm down in the grass dressage arena and he shows no signs of slowing down. Managing his barefootedness is getting easier the more experience and knowledge I build up.

Krista remains my first port of call for anything barefoot-related and I trust her implicitly. She leaves no stone unturned and she genuinely cares for both horse and human. She is totally selfless and a consummate professional. I would not hesitate in recommending her for a single second. Krista, thank you for saving my boy. Thank you for saving me 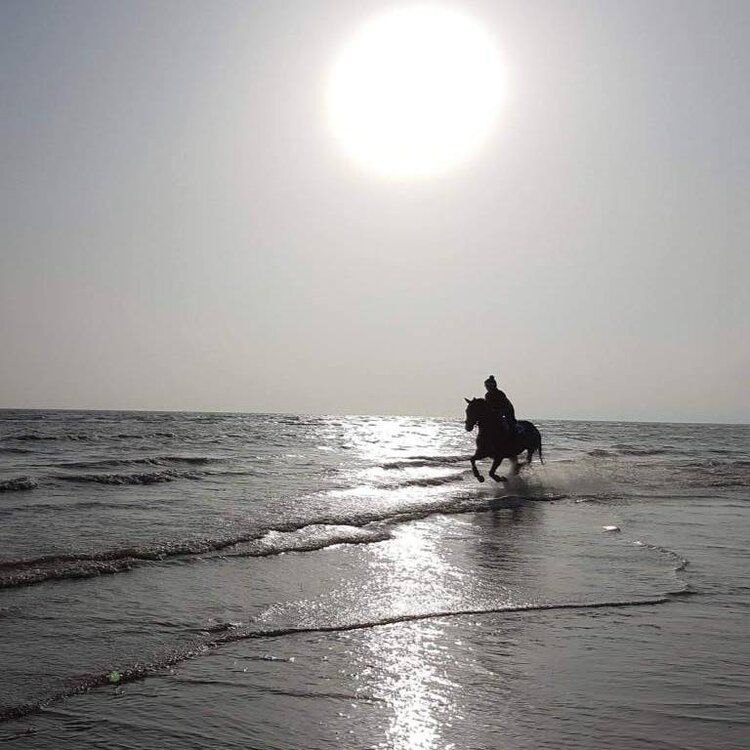